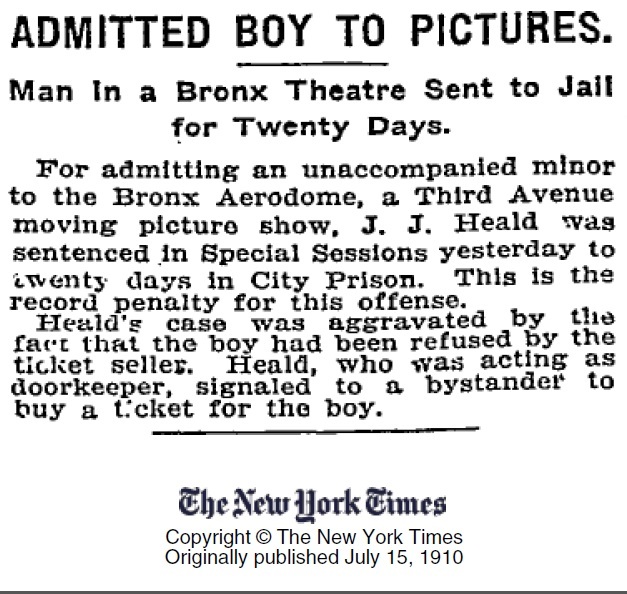 According to a story in the NY Times, this theater was operating in July of 1910.

as a devotee of movie theater history i find it fascinating that i can find no reference that this theater ever existed other than its mention on this page.

Found this on a google search bigjoe59:

No photo of it though, just listed.

bigjoe59, to add to your fascination, there was a Bronx Theatre you may not have heard of, it’s not listed on CT. That was in 1910. It was located at the intersection of Wendover and Park Avenues. Today Wendover is Claremont Parkway.

A mention in the July 23, 1910 issue of the Film Index (gardens on the right) talks about Mr. Jacobs, who operated the Bronx Theatre, having problems with 2 or 3 open air venues operating in his vicinity and opening his own outdoor enterprise to compete.

So there you have it. More undiscovered moving picture venues, some nameless at the moment. By the way, Jacobs’ operation was only two blocks from Third Avenue, so that may be a clue to about where in the Bronx on Third Avenue the Aerodome was located.

i thank stevenj and walterk for the info. i am going under the assumption that one had to have a building license to operate a movie theater. so i find it bizarre that the only notice i have found of this theater is the one on this page. i even contacted the Bronx County Historical Society even they can’t offer an additional info then what’s on this page.

from the fact it was in operation in July of 1910 i assumed it was in the Hub area as its known or close by.