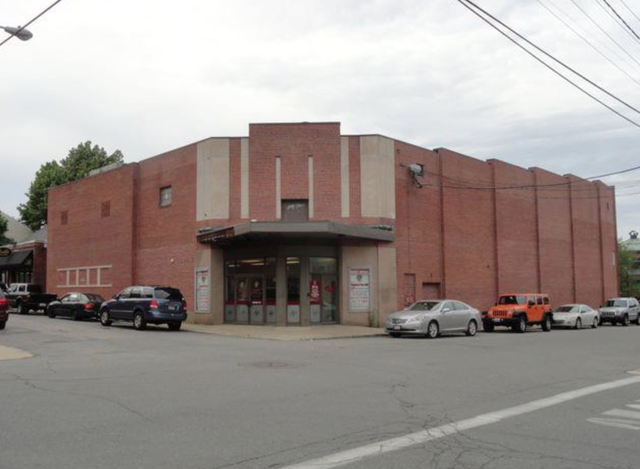 The port Cinema was opened April 16, 1949. Acquired and renovated by Lockwood & Gordon in the early/mid-1960’s, this house was an early herald of the downtown revival that hit Newburyport in the 1980’s, but it was closed in the mid-1970’s.

It became a furniture store in the 1980’s, followed by use as a gymnasium. It was demolished in December 2017.

What is now at this location? Do you know the street address?

The Port Th. in Newburyport is briefly mentioned in a feature article “The History of the Warner Bros. Theatre Circuit” by Barry Goodkin in Marquee Magazine (THSA), 3rd quarter, 2007. The author mentions some theatres in Massachusetts which were Warner Bros. houses and states that the Port in Newburyport “was built after World War II”.

According to this article , which also contains sparse info about Newburyport’s other theatres, the Port was located at the corner of Pleasant Street and Titcomb Ave.

According to Google Maps, that’s somewhere between 70-80 Pleasant Street. The building standing there looks like it could’ve housed the lobby perhaps, with the theater in the parking lot behind it. But I can’t say for sure.

According to the Newburyport Daily News, the building that was formerly the Port Theatre was torn down in December 2017. The article stated that the Port actually opened in 1949, and operated as a theater from 1949 through the mid-1970s. It later became a furniture store (Port Furniture) during the late 1970s –‘80s, and later housed a number of other business, including a gym.

The Newburyport Historical Commission states that the building served as a movie house until September 1974.