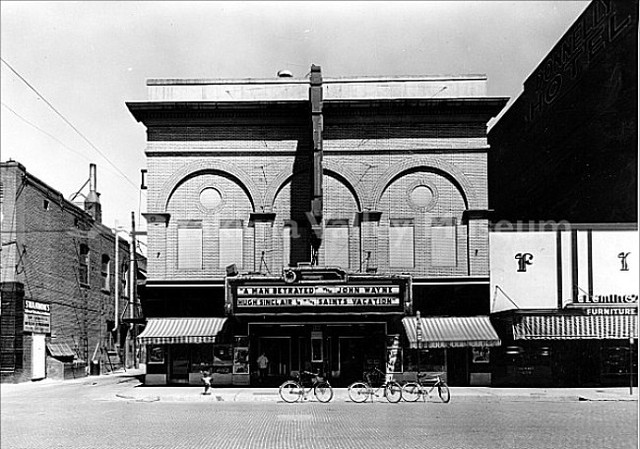 The location of the Yakima Theater was just across the street on 2nd from the A.E. Larson Building. Actual location determined from this photo: http://i50.tinypic.com/29nvtc9.jpg

The theater stood alongside Fleming’s Furniture and the Chieftain Hotel (formerly Donnelly Hotel). The Chieftain burned down in 1973, and was completely demolished soon after. There’s a parking lot there today, with the Capitol Theater in view on the next block.

I have come across a citation related to Carl R. Berg, a theater designer for the National Theatre Company, who in 1930 was called to “North Yakima” to design a large theatre there that under the control of the Fox Theater interests" Could this have been the referenced house??

As the building housing the Yakima Theatre in the 1931 photo looks to have been built in the late 19th or early 20th century, possibly the 1931 opening was a re-opening under new ownership, though it’s possible that it was an entirely different Yakima Theatre, but was located in an old building converted from some other use.

The collection of architectural drawings at the Yakima Valley Museum includes a drawing of a new front for the Yakima Theatre by architect John W. Maloney, dated March 16, 1938.