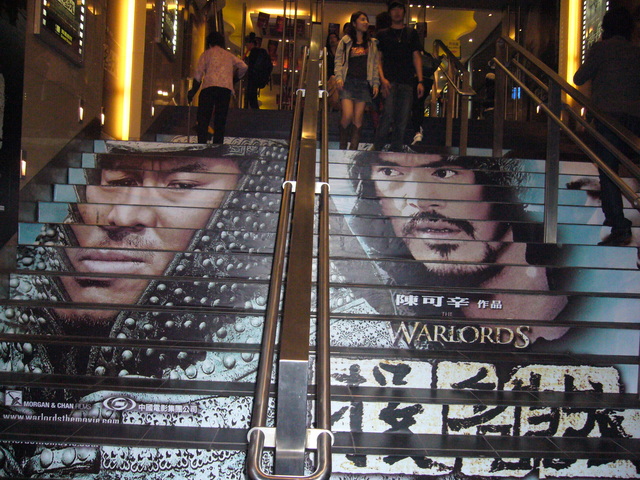 The deluxe Ocean Theatre was situated in the Tsim Sha Tsui district on the Kowloon side of Hong Kong. It opened to business on 14th February 1969 with “Hellfighters”.

Its spacious lobby and the well designed auditorium with 1,772 seats were on the first floor of a hotel building. It was equipped with the latest apparatus and films in 70mm version could be shown. In 1994, the interior of the auditorium was re-built, the balcony section remained as a theatre, and the stalls as well as the lobby was converted as a restaurant.

After the closure of the restaurant, it was rebuilt as a department store. The theatre lobby was moved to a corner on the first floor of the hotel building. The seating capacity of the rebuilt theatre was reduced to 576. It was later renamed as the Grand Ocean Cinema.

The Grand Ocean Cinema is equipped with SRD/DTS sound system. It is managed by Golden Harvest Entertainment [Holdings] Limited. It was closed in autumn of 2013 for renovations, reopening in December 2013. The seating capacity has now been reduced to 432 and a Dolby Atmos sound system has been installed.

Oh! Here we go. The best cinema by far in my memory. The old Ocean Cinema certainly one of the best equiped cinema before its reconstruction in the mid-90s. The box office usually reserved seats M2 – M14 for their guests (best seats). Hence, I always choose L14 because it gave me the best viewing position. The width of the screen was unbelievable (although it only has 32 seats a row I think). Together with the fantastic sound quality, Ocean provided the best entertainment in my 20-years in Hong Kong. At the early 90s, I nearly went to Ocean everyweek, same seat, same time.

In my memory, it was paired up with Park in Causeway Bay/Tin Hua for the whole 80s. Then Ocean moves to its less successful period when it was under the management of InterContinental (correct me if I am wrong) and paired with Olympia in Fortress Hill. When GH took over in the 90s, it paired up with Pearl and the partnership was very successful and dominated the Western Film market. After that it went down hill again when it paired with Imperial at Wanchai, followed by Palace in Causeway Bay briefly, before the reconstruction.

Ironically, the re-construction made way to Planet Hollywood, which was a flop. It closed its business in a few years (thank God for that) and now it’s Lane Crawford Department Store. Will Ocean get its chance again? I hope so.

As reported by a blog in Hong Kong,the cinema will probably be closed in September.

Oh well, if Ocean is closed, there’s nothing left in the cinema scene in HK then… Can I have my favourite seat L12 then??

The rumour that the Grand Ocean Cinema will be closed in September 2008 is not correct.

The theatre is closed and under extensive renovation.

After renovation, the cinema has re-opened with a new screen and equipped with Dolby Atmos sound system.The seating capacity has reduced to 432 and 28D-Box.