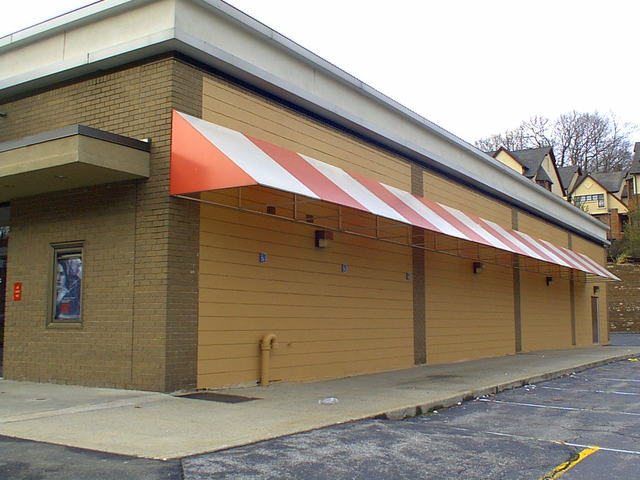 Westchester’s premiere art house, located on the Scarsdale-Greenburgh border in the Archway shopping center. Was part of the Ackerman-Tolchin chain, which was based in White Plains. It opened on December 22, 1972 with Peter O'Toole in “The Ruling Class”. It was closed in 2006.

This was one of the best film showplaces in Westchester. it last for over 30 years and I am so sorry to see it go. The time in whic we are living as far as film exhibition is concerned is a travesty when theaters of this sort are allowed to fall by the wayside in favor of noisy dirty multiplexes that attract in large part the most undesirable elements. I avoid multiplexes

This theater showed many foreign films and independent fair as well. I remember seeing The Lacemaker in 1977, when I was 11 years old. I was with my father, who had to accompany me to this this one. Among my favorite films at this theater were Das Boot (1982), Kurosawa’s RAN (1985), Woody Allen’s CRIMES & MISDEAMENORS (1989), CINEMA PARADISIO (1989) and so much more… ANother footnote, the very last week of this theater’s existense, the manager ran THE LAST PICTURE SHOW and CINEMA PARADISIO at no charge. FREE.. The Day The Movies Died.. happened when they closed this theater..

I went to pick up some food from CPK and see a movie at the Fine Arts Theater today and to my disbelief, the theater wasn’t there anymore! There’s some furniture store there now. When did this happen?!?

Also what’s going on with that auto dealership next door? Haven’t seen a car come out of there in years. Jennifer may be struggling too.

The Fine Arts theatre opened on December 22nd, 1972 with “The Ruling Class”