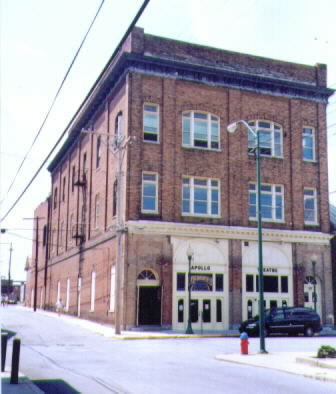 Opened January 19, 1914 as one of the first theatres in West Virginia designed as primarily a movie house, the Apollo Theatre was designed by Washington, DC-based architects Reginald Geare and Chapman E. Kent. In 1973, the Berkeley County Civic Theatre (BCCT) began using the Apollo Theatre for live theatre performances. In 1987, the BCCT changed its name to the Apollo Civic Theatre.

The Apollo Civic Theatre continues to host live theatre, as well as other live performances and various special events at the theatre.

ANOTHER NAME WAS TOWN CINEMA.