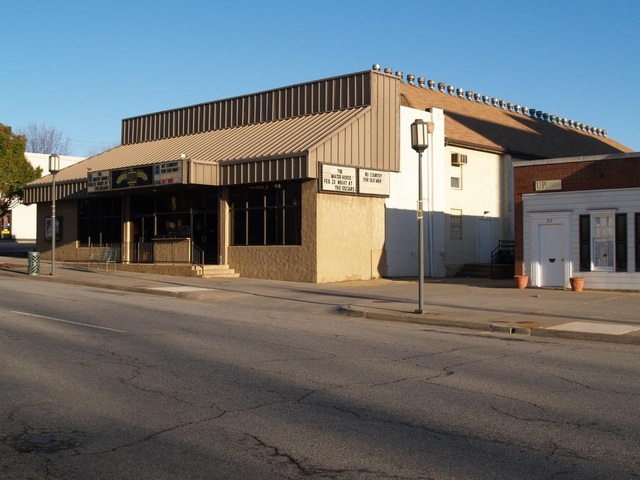 The Rives Theatre was built around 1932. Ending its life as a live theatre, it was destroyed by fire on September 8, 2019.

I was involved in twining this theatre in the early 80’s. Front/Back disection acommplished by adding an inside enclosed tunnel leading from the lobby to the auditorium in the back. Coresponding tunnel upstairs leads to new projection booth. “Tivoli” style lighting was just coming into vogue at this time creating interesting time tunnel effects and light chasing.

The Rives Theatre was destroyed by a fire on September 8, 2019. I’ve found conflicting opening dates for the house. Some sources say it was built in 1928, and others says it opened in 1932. To my eye, this photo of the Rives on the theater’s Facebook page looks more like 1932, but I can’t rule out 1928.