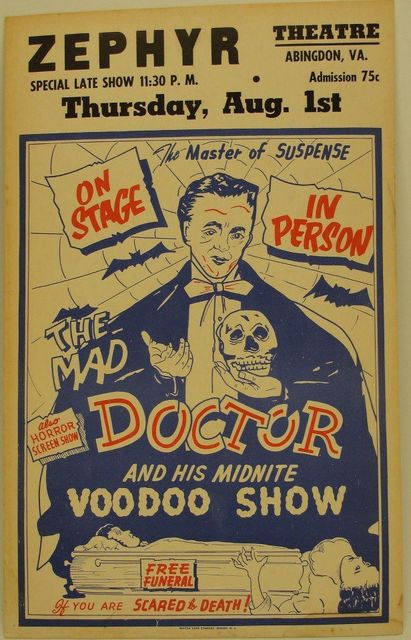 The Zephyr Theatre building was opened in late-1939 and was destroyed by fire in April 1941. It was rebuilt, reopening in late- 1941. It was part of the Query Enterprises chain in the early-1960’s.

I have it a Query Enterprises,Inc theatre in 1956 homeoffice in Marion ,Va.

The April 11, 1941, issue of The Film Daily had this item about the Zephyr Theatre:

“Abington, Va. — Fire completely destroyed the 18-months-old Zephyr Theater recently. House was owned and operated by the Lincoln Theater Co. of Marion, and was built at a cost of some $55,000.”

The Zephyr must have opened in late 1939, and was probably rebuilt and reopened before the end of 1941, though I haven’t found any confirmation in the trade publications.

A ca.1955 photo of Main Street on page 13 of Abingdon, Virginia, by Donna Akers Warmuth and Donna Gayle Akers (Google Books preview) shows the marquee of the Zephyr Theatre on the building now occupied by Zephyr Antiques, which is at 270 W. Main Street.