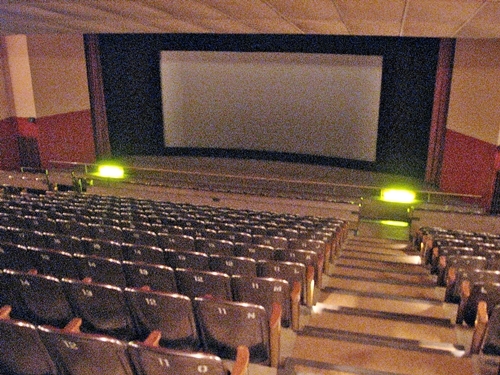 The Lux Theatre is situated in the Hung Hom district on the Kowloon side of Hong Kong. It opened to business on 25th January, 1971 with a Mandarin kung-fu film.

Its 1,442-seat auditorium had a Vistarama screen ideal for showing Cinemascope films.

In 1995, the theatre was renovated, with its stalls and spacious lobby converted into shops, while the balcony rebuilt as a mini cinema with 433 seats. The ticket booth of the new mini cinema was relocated to the first floor of the theatre building.

The theatre showed first run Chinese dialect and English language films since its opening. The Lux Theatre was closed on 30th June 2010, but re-opened 20th August 2010.

The theatre closed its doors on 30th July, 2010, and its last film was a Chinese film.

The theatre re-opened on 20th August, 2010 with a Cantonese film.

The theatre is currently run by a South Korean company.