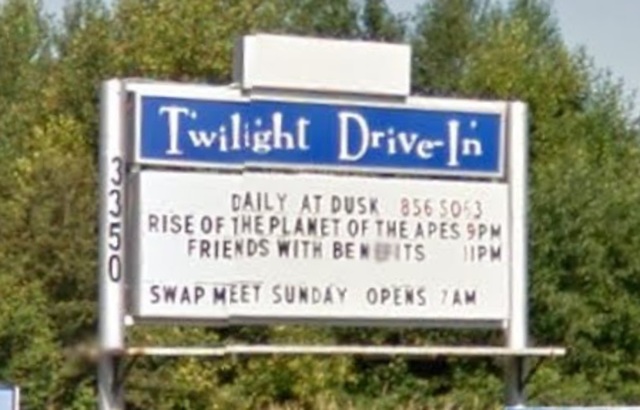 This brand new drive-in theatre opened in 2005. The Twilight Drive-In is a successful re-creation of the drive-ins of the past.

This drive-in was created when the owners, whom used to own the Hillcrest Drive-In in Langley sold to developers when Langley went though an insane development process.

From the ashes of the Hillcrest in Surrey came the new Twilight drive-in in Langley. Owner Jay Daulat looked at 3 cities/townships before finding the right spot about 15 minutes east of the old location on Fraser Hwy. The drive-in opened September 2005.

It is a smaller field, about 100 cars less but it also has brand new facilites including washrooms with plenty of stalls. The same mix of asphalt lanes & grass ramps, although the grass has pretty much died in the front rows.

First run films with a bonus show on Fridays & Saturday nights. The season runs from February to November.

was used as a filming location for the tv show riverdale!

Have any of the Twilight movies screened here?