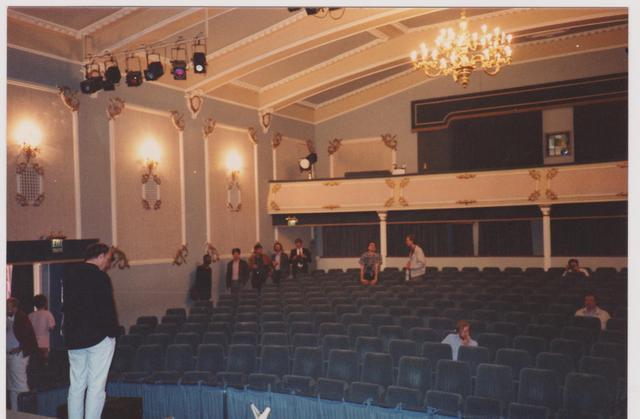 The Woodbridge Electric Theatre opened on 25th September 1915 with “Bulldog Drummond”, it had a seating capacity of 650. For many years during the 1930’s through to the 1950’s it was known as the Woodbridge Theatre and was operated by the Agar Circuit of Colchester. In the late 1950’s a stage was installed in what would have been the front stalls area, which reduced the seating capacity to 300. By 1963 it was known as the Cinema and was operated by Oxford Hall (Whitstable) Ltd. The Cinema was still listed as open in 1980, operated by Childs & Partner Ltd.

It had a total re-fit in 1985 which cost 250,000 GB Pounds and re-opened in May 1985 as the Riverside Theatre. It is a 288 seat cinema/live performance theater for amateur and professional companies and has a modern bistro syle restaurant.

A few more photo’s of the Riverside – both interior and exterior, dating from 1987, not long after re-opening :–