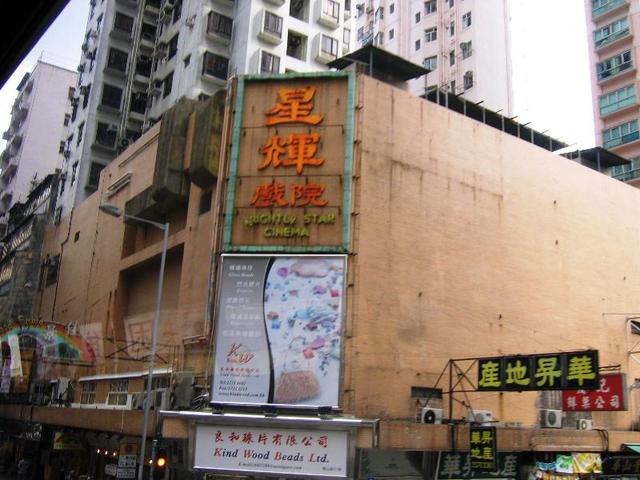 The Brightly Star Cinema was situated in the Cheung Sha Wan district on the Kowloon side of Hong Kong.

Its two auditoriums on the second floor of the theatre building opened respectively in February 1992 and November 1992.

The theatre showed pornographic films until its closure on 1st January, 2008.

Its Chinese name is 星輝戲院.