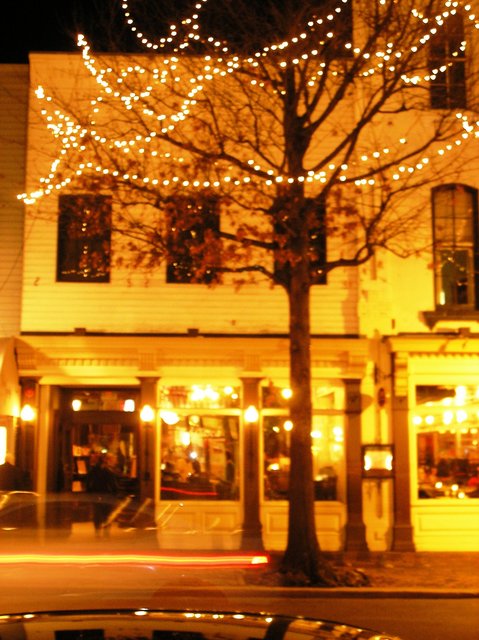 Opened as the Surprise on March 19, 1909 with 300 seats, vaudeville and daily changing movies, designed by architect Milton Dana Merrill. Admission was 10 cents for adults and 5 cents for children.

Same developer and architect were responsible for the Surprise in downtown Washington, DC. The front had an arched portal and was brick covered with stucco. The facade also had colored glass, backlit. A Spanish tile roof on rafters covered the front.

In 1918, remodeling with 713 seats was by
architect W. Leon Clark and the theater was renamed the Ingomar. Live acts continued until at least 1929. Action movies and grade B movies were shown until it closed in November 1953. There was no air conditioning. The metal ceiling of the theater can be seen in what is now a restaurant.