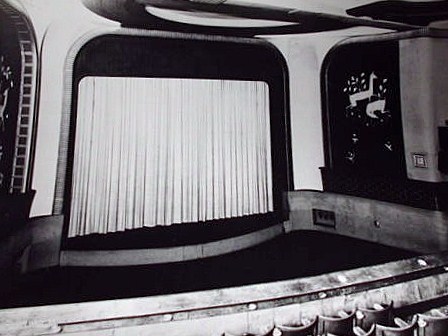 Located in Wembley, Middlesex, today a district in the north of Greater London. The Regal Cinema was built for and operated by Associated British Cinemas (ABC). It was opened on 8th February 1937 with Frederic March in "The Road To Glory" and Robert Taylor in "His Brother’s Wife".

The Regal Cinema was designed by ABC’s ‘in-house’ architect William R. Glen and was typical of cinemas that he designed for the circuit. It was located on a corner site, with the entrance curving around, faced in white stone and with a small fin tower. Inside the auditorium, seating was provided for 1,300 in the stalls and 717 in the circle. Located on the splay walls on each side of the 45 feet wide proscenium, there was a panel, upon which were decorations with scenes of deer and antelope grazing. Normally new ABC cinemas were equipped with a Compton theatre organ, but in the case of the Regal Wembley, this facility was not included. A touring Hammond organ (electric) was occasionally featured here.

It was re-named ABC in 1962 and closed on 4th December 1976 with Bruce Lee in "The Way of the Dragon" and Clint Eastwood in "Thunderbolt and Lightfoot".

The cinema remained closed until November 1978 when it was taken over by an independent operator and was re-named Metro Cinema, playing Asian Bollywood films. The Metro Cinema closed in March 1983 and the building was converted into a garage and showroom. It retained its projectors, screen, curtains and most of its seating right up to when it was demolished in early-1987.