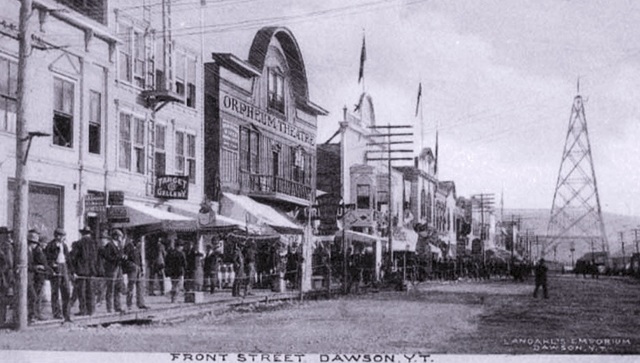 The Orpheum was owned by Kate Rockwell, best known as Klondike Kate and Queen of the Yukon. The theater was co managed by Alexander Pantages during the delirium of the Klondike Gold Rush in 1901. It feature vaudeville and burlesque shows. It was here that Pantages met Rockwell who would engage in a tumultuous relationship. Rockwell had given Pantages the financial means to help him build theaters in Seattle and Vancouver. In 1910, it was converted to screen films. It served as a theater until 1979.