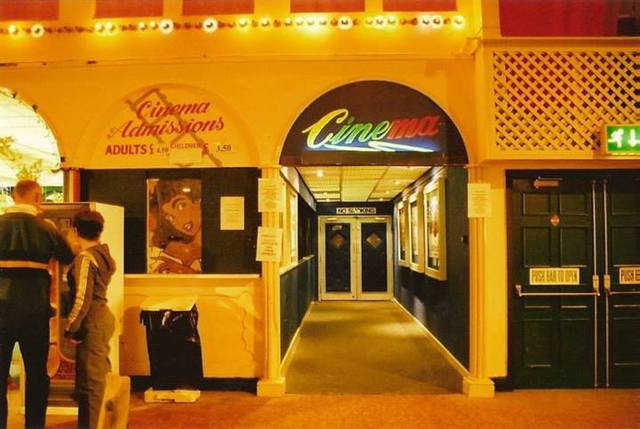 On this site originally was the Derby Castle/Summerland Complex which opened in 1971 and burnt to the ground on 2nd August 1973, killing 51 and injuring 80 people.

The new Summerland Leisure Centre was built in 1976 and opened in 1978. The Sumnmerland Cinema opened within the building in October 1988. It had a screen 20 feet wide and 9 feet high and was equipped with the latest Dolby sound system.

Later re-named the Piazza Cinema, it was closed in early 2004, when the Summerland Leisure Centre was considered a liability and needed urgent repairs. The building was demolished in October 2005.