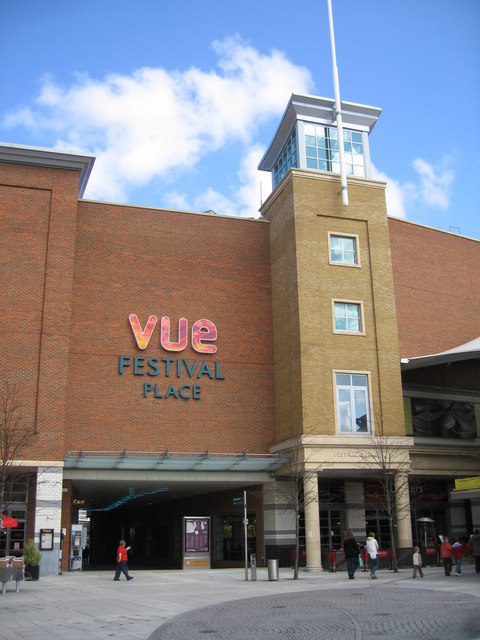 The 10-screen Ster Century multiplex was opened on 22nd October 2002, and was operated by the South African based exhibitors Ster Century.

It was taken over by Vue cinemas in July 2003, but this caused Vue to be investigated by the Monopolies Commision as they were already operating the former 10-screen Warner Village multiplex in the town. They sold the Warner Village/Vue to Odeon Theatres and retained the former Ster Century, now re-named Vue.

Seating capacities in the screens ranges from 295, down to 120.

All 10 screens are 1.85 ‘Flat’ as confirmed to me in a recent E-Mail from Vue. I presume this was a Ster Century standard when the cinema was built in 2002.

Then I presume the screens had top down masking for Scope films but now in the digital age Scope films just appear “letterboxed” on the screen.

What might have been passable in 2002 when Scope films were not as common as they are today, this hardly seems like good cinema standards today. These are certainly not current Vue standards but, I guess, it is difficult to fix without structural changes to the cinema.