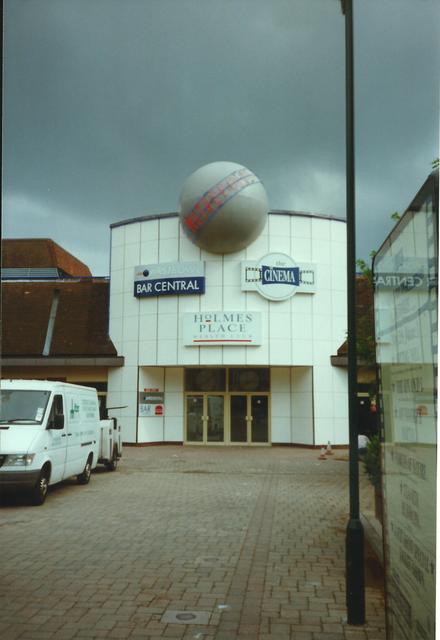 Opened as The Cinema on 19th January 1999 with a special screening of "You’ve Got Mail" starring Tom Hanks, The Cinema opened to the general public from 22nd January 1999 with "Little Voice", "Enemy of the State", "Star Trek Insurrection" and "Practical Magic". The Cinema was independently operated and was part of a redevelopment of a former Tesco supermarket named the Metropolis Centre (now re-named The Point), which also included a bowling alley (which became a Gala Bingo Club and from June 2018 a Buzz Bingo Club)), a pool hall and bar.

Unfortunately, The Cinema was closed on 7th September 2000 due to poor attendances. The Cinema was put in mothballs, until the site owners found a new operator. Irish operator Ward Anderson took on the building and renovated it, adding larger sized screens and new seating and carpeting. It re-opened as the Omniplex on 15th February 2002 with seating provided in the screens for; 193, 157, 121 and 119. The re-opening films were; "Ocean’s Eleven", "Monster’s Inc", "Lord of the Rings" and "Vanilla Sky". The Omniplex closed on 1st November 2003 and was taken over by Curzon Cinemas, re-opening on 28th November 2003.