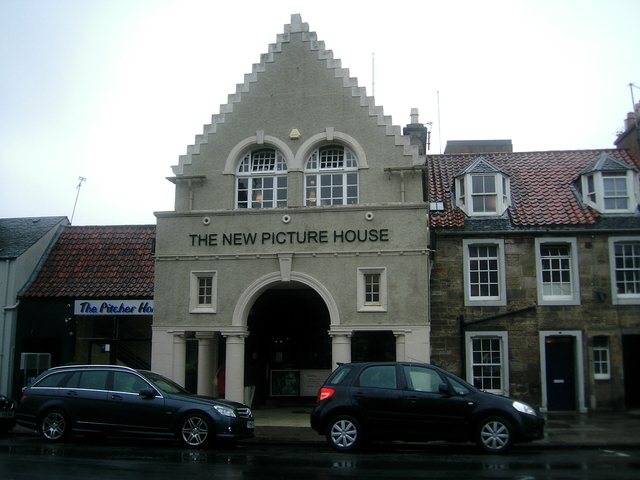 The New Picture House opened in December 1930 with Bernice Claire in “No, No, Nanette”. Designed by architects James Gillespie & James Scott or architectural firm Gillespie & Scott of St. Andrews. Seating was provided for 936 in stalls and circle levels in the rather long and narrow auditorium. The side-walls have panels decorated with painted local scenes by artist Ada Hill Walker. The cinema has a 35 feet wide proscenium, an 18 feet deep stage, 6 dressing rooms and there was also a cafe for the convenience of patrons.

The New Picture House was designated a Grade B Listed building by Historic Scotland on 2nd June 2008.