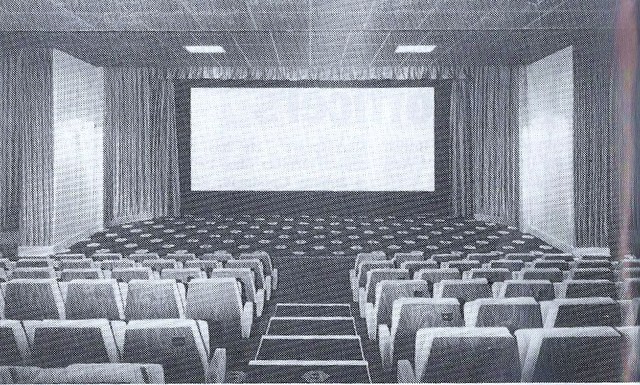 The Gaiety Theatre opened on 1st August 1882 and was designed by noted theatre architect Charles John Phipps, in association with the local architectural firm Cross & Wells. The auditorium, which seated 1,600 in stalls, circle and balcony levels, was hidden from view from the street by a decorative Victorian commercial building.

On 14 May 1932 the Gaiety Theatre closed to live shows with a production of “The Desert Song”. It was converted into a cinema and the auditorium was completely altered, loosing 500 seats in the process. It was operated by the local Randolph Richards circuit and re-opened on 12th December 1932 with Conrad Veidt in "Rome Express" and Laurel & Hardy in “The Music Box”.

In 1966, the Richards circuit was sold to Classic Cinemas chain and the Gaiety Picture Theatre was re-named Classic Cinema from 1967. In May 1971, it was converted into a twin screen cinema opening screen 1 in the former circle and front stalls had 767 seats and screen 2 in the rear stalls had 165 seats. It then passed to the Cannon Group and was re-named Cannon, when a third screen was added in 1984. It then became MGM for a short while. A management takeover gave it the ABC name in June 1996 and in around 2001, it was taken over by Odeon Theatres and re-named Odeon. Now with 4-screens, the seating capacities are: 129, 176, 151 and 127.

The cover of a 1930 programme for the Gaiety Theatre:
View link

A photo of the cinema under the Cannon branding, and with a 3 screen operation

On leaving school I worked as a projectionist at the Gaiety Cinema from 1964-1968 – it was a fine cinema though the regime in the projection box was run on military system; the chief was like a Sgt Major and my tasks were mainly cleaning,polishing and tea making! But I enjoyed the expertise [eventually] that the job offered.

I was Assistant Manager here when in was the Cannon in the late 1980’s.