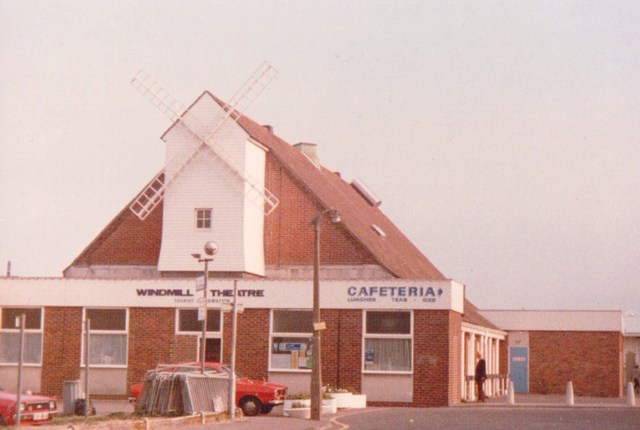 Built in 1912 as a shelter hall, it was converted into a theatre by 1927. Refurbished and re-named Western Pavilion in 1968, it became the Windmill Theatre in 1973 with a seating capacity of 252.

In 1989, it was equipped with projection equipment and films began to be screened for 22 weeks of the year, opening on 5th May 1989 with Harrison Ford in "Working Girl". Films ceased on 14th February 2013, but live theatre use continued. Money was raised to purchase a digital projector which was installed and it reopened as a full time cinema on 21st February 2014.