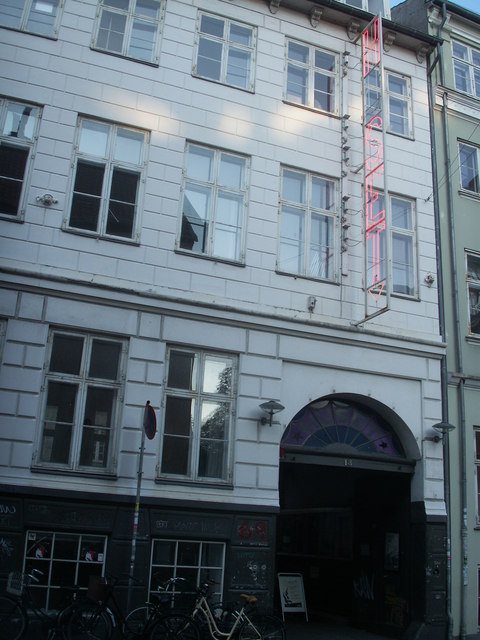 Located in the centre of Copenhagen, the cinema is within the Huset building centred around a courtyard, that also contains cafes, bars and artists spaces. The Huset’s Biograf is on the second floor and is accessed through an arch located at Radhusstraede 13.

It opened in 1973 as the Delta Biografen and this operated until 1977, when the operator moved the Delta to another location a few blocks away on Kompagnistraede. A collective of nine people took over the empty cinema space in the Huset building and it re-opened as the Biografen i Huset and this continued until closing in 1982.

It stood empty for two years until 1984 when it was re-opened as the Luna Biografen and this operated for five years. New owners took over in in 1989 and the cinema became the Grasshopper Biografen, screening independent films, mainly from America.

In April 1992, the current owner took over and it became the Husset’s Biograf. Once a commune cinema, screening experimental and independent films, it is now a one-man operation. Projection facilities include both 35mm and 16mm presentation.