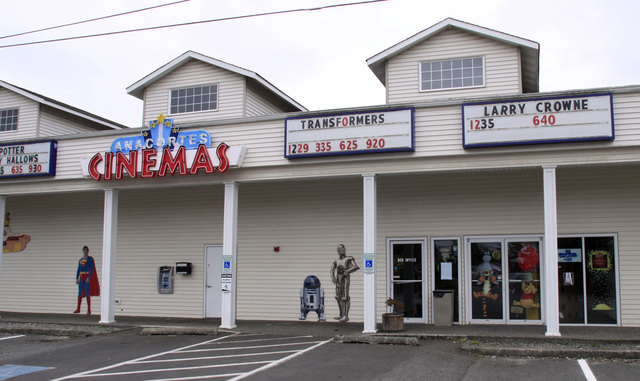 In January of 2006 a plywood cutout mural of the late Paul G. Thompson was attached to the building to the right of the payphone he installed shortly before his sudden passing in 2005. Paul was the technician and projectionist for this and many other theaters. He got his projection training in the Navy. The cutout mural was a tribute to Paul and his many years helping out local theaters. I am proud to have called him my friend and to have known him for several years.

I had the honor of knowing Paul in the mid 1970’s. I was his relief projectionist at the Skagit Drive In in Burlington, WA. A first class technician, he and I had reconnected shortly before his passing.