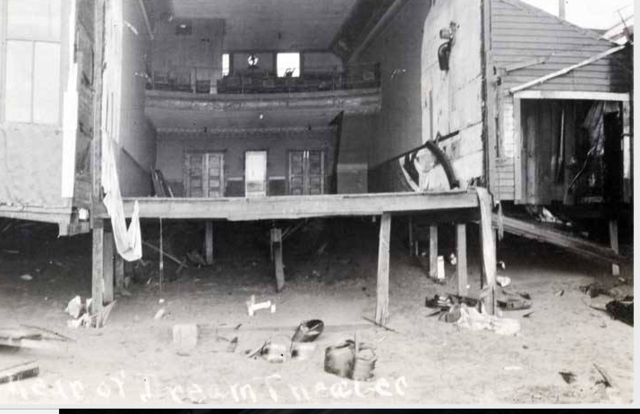 The Dream Theater was in operation from at least 1913 through 1945.

Is it known how the fire started?

In 1944 15 year old Alberta Schenck,an usher at the Dream, was fired from her job and jailed for standing up against the theater’s segregated seating and discrimination policies. Her story influenced the passage of the 1945 Anti-Discrimination Act in Alaska which predated the passage of the United States Civil Rights Act of 1964 by almost 20 years.

Uploaded a photo showing damage to the theater from a 1913 storm.

I uploaded a photo taken by my Father while he was stationed in Nome during WWII.

Ads proclaimed this to be the “Farthest Northwestern Theatre in U.S.”