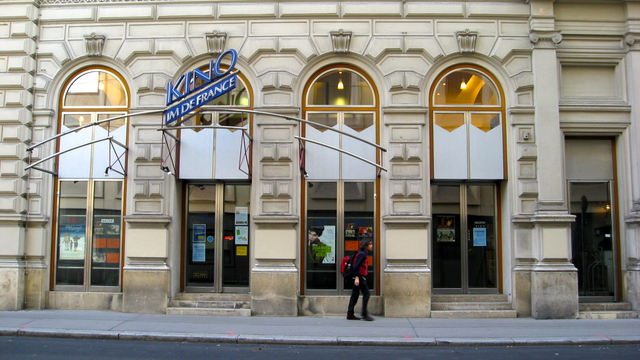 Opened in 1913 as the Schottenring Kino, a single screen with 246 seats.

In 2001 it was re-named de France Kino and from 2002 it has been twinned with seating for 124 and 86. One screen shows British and American films in their original English language. The other screens mainly German, French and European films. It is operated by the same owners as the Votiv Kino and is a member of the Europa Cinemas Group.