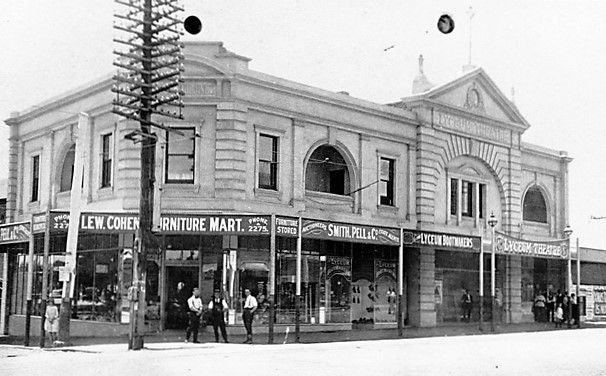 The original Lyceum Theatre (1914/15) that later became the State Theatre (mid 1920s), then the Astor (1941). Located on the north-west corner of the intersection of Beaufort and Walcott Streets in the Perth suburb of Mount Lawley, the Lyceum was designed by David McClune.