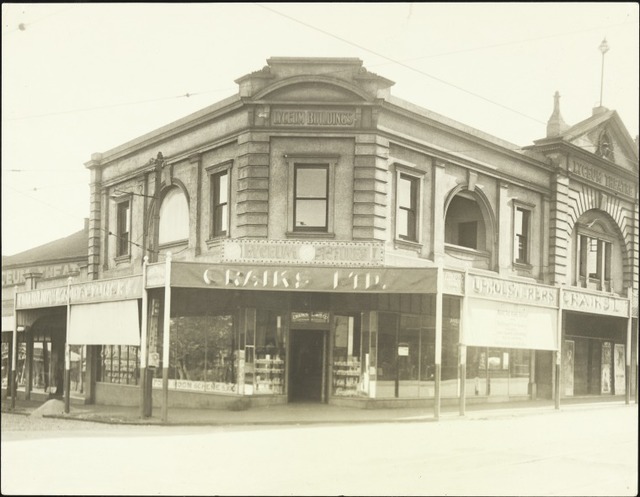 The State Theatre was redesigned by architect William T. Leighton in an Art Deco style, reopening on 12th May 1939. The name of the theatre was changed to Astor Theatre in 1941. In the 1951-52 edition of Film Weekly Motion Picture Directory it is listed as the Astor Theatre & Gardens with a seating capacity of 1,239 in the cinema, and 1,295 in the gardens (open air cinema).

The Astor received an extensive refurbishment in 1989 by architect Philip McAllister. The Astor Cinema is a heritage listed building. As far as I can tell, the Astor Cinema closed on August 27, 2008 with the screening of "The Dark Knight". It was re-opened and presents live music and comedy performances, as well as movies.

Here is an 1928 photo of the Lyceum:
View link
Change of name to The State:
View link
And when it got a Art Deco facelift as The State Theatre 1939:
View link
1952 photo with all the tram lines:
View link

The Astor Open Air Gardens site is now Astor Arcade to the right of the Astor Theatre(Beaufort Street side).