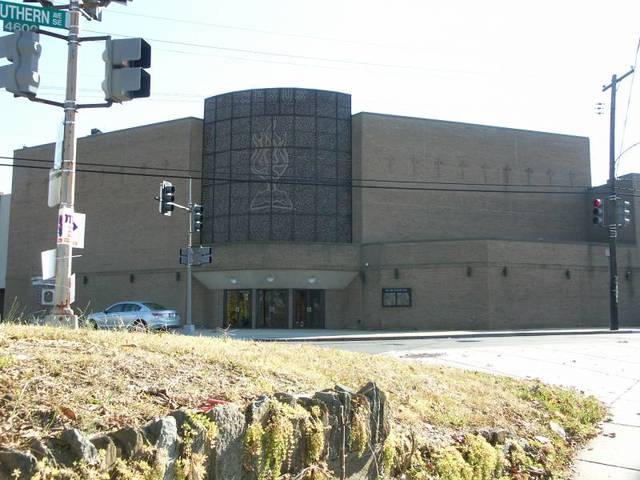 The location was originally named Coral Hills, but has now been renamed Capitol Heights. At the corner of Marlboro Pike and Southern Avenue, the Coral Theatre was opened in 1948, designed by architects John Eberson and Drew Eberson. Seating was provided for 761 in the orchestra and 286 in the balcony.

Originally, on the exterior of the Marlboro Pike side of the building, there was a huge panel of multi-colored terrazzo decorated with an underwater motif.

The Coral Theatre was operate by the Wineland Theatres chain from its opening until September 1968. An independent operator took over and it closed in 1974. It became church, which has undertaken extensive remodelling.

I loved the naticual outside wall. It is shame that crime ruin the neigborhood.

I spent my movie childhood there.