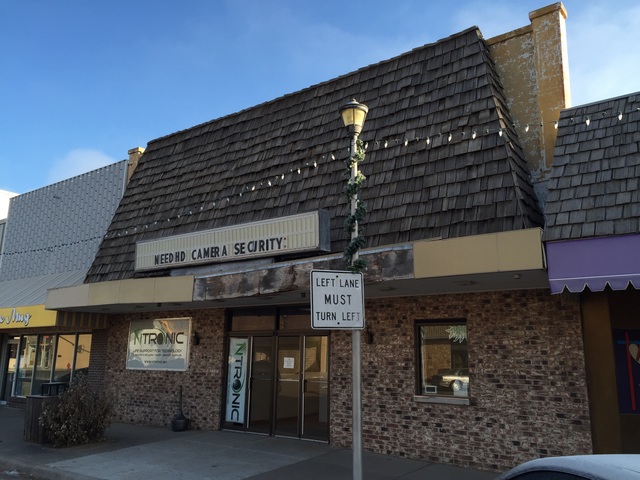 The Colby Theatre opened in 1939, and was remodeled in 1971. At one point it was twinned. I have no time line as to when it was twinned and I am assuming that it closed around 2006.

The Colby was remodeled in 1971 but apparently not twinned at that time. It was scheduled to reopen on October 27, according to the October 25 issue of Boxoffice, and the opening feature would be “Big Jake” with John Wayne. There were 430 seats. The remodeling project was designed by Mel C. Glatz. I don’t know if Glatz was responsible for the shingled faux-mansard the building now sports, but the brick front with carriage lamps was part of his design.

The Colby Theatre was long run by Don Phillips, who also operated the town’s drive-in and a theater called the Lyric, which dated back to at least 1925 (then being operated by J.P. Phillips) and was open part time at least as late as 1956.

The former theatre is now an electronics business in downtown Colby. New picture in the photo section.