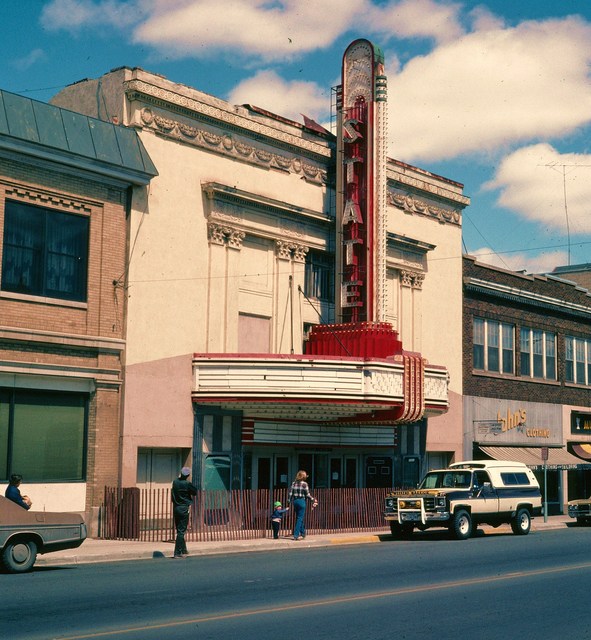 The State Theatre had stadium seating. The theatre was owned and operated by the Minnesota Amusement Company. The Edelstien family bought the theatre, I believe in the 60’s. The Edelstien theatre holdings were eventually sold to Marvin Mann, brother of Ted Mann.

The December 17, 1921 issue of Exhibitors Trade Review had this brief item datelined Hibbing in its “New Theatres” column: “State opened a few days ago.”

The State was the first of three new theaters opened in Hibbing in a very short time. The magazine’s January 7, 1922 issue noted the recent opening of the Plaza Theatre and the January 21 issue mentioned the opening of the Homer Theatre.