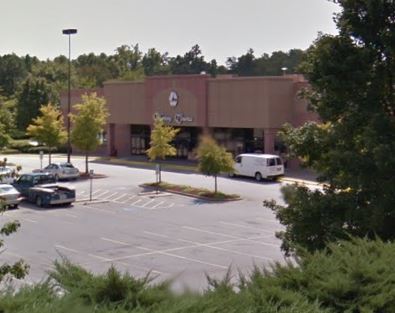 This was the theatre that replaced the Hanes Mall Cinema IV, and the Thruway Twin Theatres.

This theater converted all of their auditoriums to stadium seating in 1998. I felt like they never quite got it right (not optimum for viewing) and didn’t enjoy watching movies here after that.

Owned and operated under Carmike Cinemas, the Wynnsong Cinema 12 opened on May 9, 1997. Located on Hanes Mall Boulevard where the intersections of Business and Bypass I-40 meet across from the Hanes Mall.

On May 23, 1997 the Wynnsong Cinemas were playing Steven Spielburg’s JURASSIC PARK:THE LOST WORLD in THX and Dolby Digital on 3 screens!!!

No longer listed on Carmike’s website, nor listed on AMC’s list of Carmike locations (the Carmike 10 in Winston-Salem is not listed on either site as well). Has another operator acquired either the Carmike 10 W-S or the Wynnsong 12 W-S?

AMC just announced on their website that the Wynnsong 12 in Winston-Salem will receive a new name in April 2017: AMC Hanes 12.

I worked at the Wynnsong from June-December 2001 before joining the Navy. Probably still the best job I ever had.

6 screens were converted to stadium seating in 1998. The other 6 were completed in spring of ‘99. I enjoyed the seating before the change. Each screen had a set of 'couches’ that were probably supposed to be used for handicapped or overweight patrons, but were usually occupied by young couples. Those seats were so plush and comfortable. When I saw ‘The Rage: Carrie 2’ here in March of ‘99, only 6 screens were open while they finished the last of the stadium seating conversions.