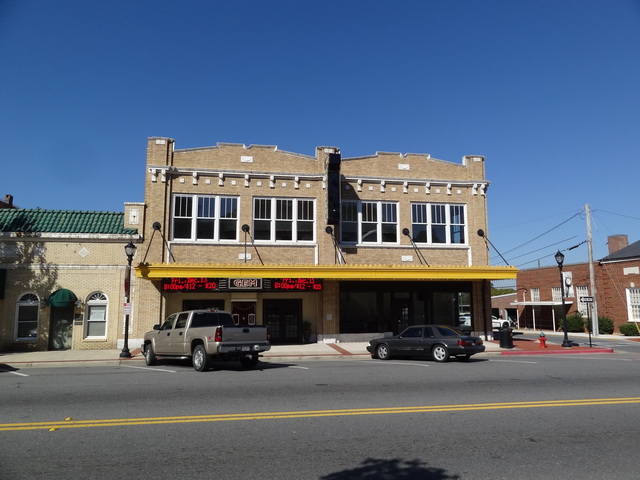 The Gem Theatre was located in downtown Calhoun and opened in 1927. It was renamed Martin Theatre in 1949 and retained that named into the 1950’s. It was closed the late-1970’s.

After a restoration which began in 2009, it was reopened screening Classic movies and presenting live performances on August 27, 2011.

A 1930s newsprint image of the Gem Theater.