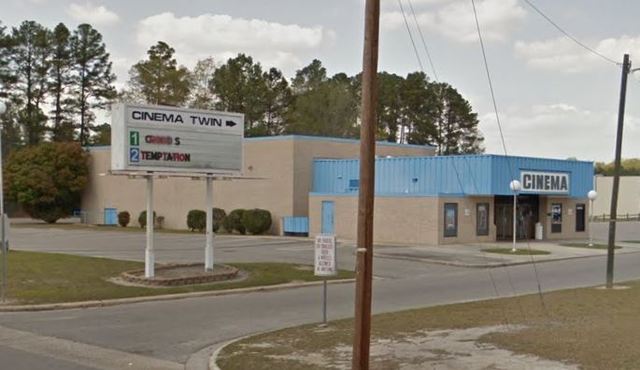 Located in the College Plaza Shopping Center (which is located at the intersection of U.S. Highway 74 Bypass at U.S. 15 and U.S. 401). The Laurinburg Cinema 1 & 2 opened in 1968 under the Stewart and Everett Theatre chain and remained that way until the mid-1980’s, when it was acquired by Carmike Cinemas who owned and operated it until 2000.

The theatre is now owned and operated under a independent theatre chain. It is the only twin cinema that is operating in the town.