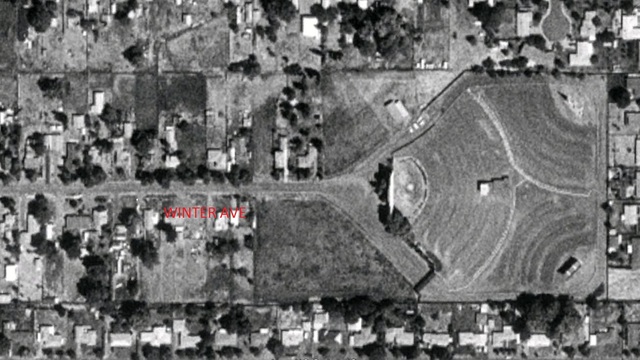 The Shasta Drive-In was built and opened on June 22, 1950 with Audie Murphy in “The Kid from Texas”. It was built as a single screen with two screens added later. In 1989 it was sold to Coming Attractions Theatres. It was closed and demolished in the early-1990’s. It is currently a manufactured home park. The marquee is still in use.

I had the good fortune to be one of the projectionists at the Shasta Drive-In while I was stationed at Kingsley Field from 1976 to 1980. When I started in 1976, the Shasta was a single screen drive-in. I don’t remember what year it became a Triplex (maybe 77 or 78). The Shasta Drive-In was part of Redwood Theatres out of San Francisco along with the Esquire Walk-In and the Tower Twin Walk-In, all in Klamath Falls. The projectionist job in all three theatres was Union, so I got to work at all three. The projectionists were part of IATSE & MPMO Local 672 Medford/Klamath Falls. While I was there, the Klamath Falls steward was Homer Merritt and then Robert (Bob) Larrimer. I met and worked with some great people like Brent Budden, Dee Allen, Alvie, Leona Rowe and many many more. Would really like to hear from some of you.

You guys were backbone of the theatre business.Mike Local 629.

Approx. address for this drive-in was 3800 Hope Street. When this was open, Winter Ave. ended just west of the drive-in.

Had my first date with my wife here in summer of 1991. We saw “Robin Hood: Prince Of Thieves”. Shame that no one has been able to find a photo of this theater.

A few pictures from driveins.com

I was born in Klamath Falls in 1947, and remember as a child in the 50’s going to the Shasta Drive in every Saturday night during the summer, they showed two full length films and 10 cartoons. There was also a wagon pulled by a horse that would take kids down to the play area by the screen and then take them back to the cars just before the movie began. This has been one of my fondest memories.

Boxoffice, July 22, 1950: “KLAMATH FALLS, ORE. – George M. Mann has opened the 600-car Shasta Drive-In. B. Nobler of San Francisco was architect for the Shasta, and Earl Baughman is local manager.”