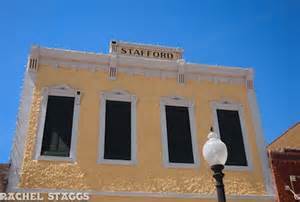 The Dixie Theater opened on January 9, 1911. The building is located on the same block as the larger Queen Theater.

It is now used a a live performance venue.

Street View still shows the building to be there, but googling the address doesn’t bring up any businesses there.

According to the Schulman Theater website, this venue is at least as old as 1926. Burned in fire set by a vagrant in 1983, as can be seen from linked photos.

Since 2007 has been open as The Stafford – Main Street.

Oops, my finger slipped. The Dixie has been open since July of 2008.