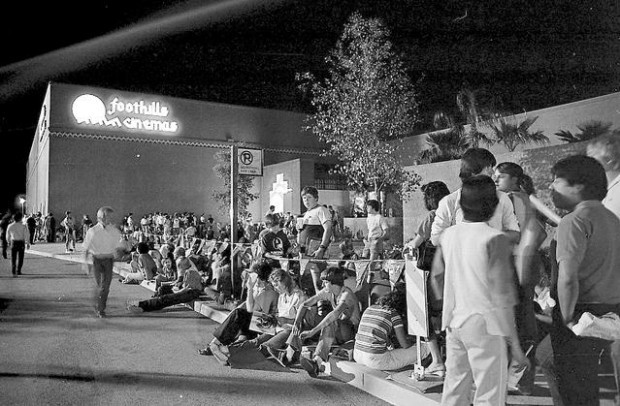 The Foothills Cinemas are located in the Foothills Mall shopping center in suburban Tucson, Arizona.

The original 4-plex (then “Plitt Foothills Cinemas”) presumably opened along with the Foothills mall in 1983. A new IMAX® theatre opened at the AMC Loews Foothills 15 on September 3, 2010. http://www.txtmovieclub.com/profiles/blogs/tucson-new-imaxr-theatre-opens?xg_source=activity

A fairly recent photo can be found here: http://i6.photobucket.com/albums/y208/vickifunes/Arizona%20Malls/FoothillsTheater.jpg

Local firm CDG Architects designed the 8-screen expansion of the Cineplex Foothills 7, according to this page at the web site of the builders, BFL Construction.

This opened on October 1st, 1982 with four screens. Ad in photo section.

Here’s the link to a new historical article about large format and roadshow presentations at Foothills and other Tucson cinemas.