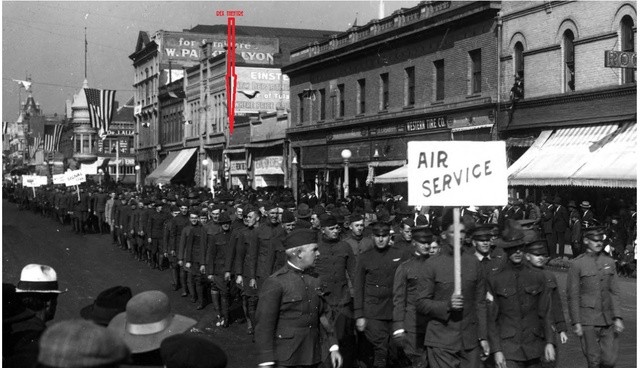 The building, also known historically as the Opera Hotel, formerly housed the Nippon Theatre and can be traced back in Fresno Bee archives to 1923 when it was called the Nippon Hall.

It first appeared as the New Rex Theatre on the theatre page of the Fresno Bee on October 10, 1934. Its ad touted ‘Chicago Follies Burlesque; With a Company of 30 Girls; 2 Big Screen Features’. The Rex Theatre made news in the Bee on November 21, 1934, when management was accused of violating the state labor laws by requiring its ticket seller and usherettes to work ten hours a day, two more than allowed by law. On December 1, 1934, it was in the news again when the manager and a dancer were charged with a violation of the penal code section against indecent exposure. They were later acquitted in a trial that the Bee covered as being more humorous than serious.

On October 23, 1940 it was announced that Rex Theatre owner, Anthony Bou, was giving a long-term lease on the Rex Theatre to the Azteca Company and it was to be remodeled and redecorated. Its new policy would include stage shows. Although the Rex Follies Theatre continued its policies of ‘Girls, Comic, Laughs’, its film fare seemed to get more serious when they showed “All Quiet on the Western Front”. In December of 1940, the theater manager and his assistance were accused of contributing to the delinquency of minors because when the police raided the Rex Theatre during a show, five juveniles were found in the audience. In March of 1941, the managers were convicted, fined and put on probation, but said they planned to appeal.

From approximately 1951-66, a small ad for the Cal Theatre, at the former Rex location, appeared in the Fresno Bee. Typical fare in 1951 might consist of double bills of B pictures such as “Apache Drums” and “The Fat Man”, or a Danny Kaye-Bob Hope revival double bill of “Up In Arms”(1944) and “They Got Me Covered”(1943).

In later years they showed Japanese films with English subtitles on Tuesday nights.

After January 9, 1966, their ad disappeared from the Bee and apparently the theater closed. The Cal Theatre is now the parking lot behind the Nippon building, which is about a block away from the present day Azteca and the demolished Lyceum and Ryan theaters, all listed on Cinema Treasures. A walking guide can be found at the link below.