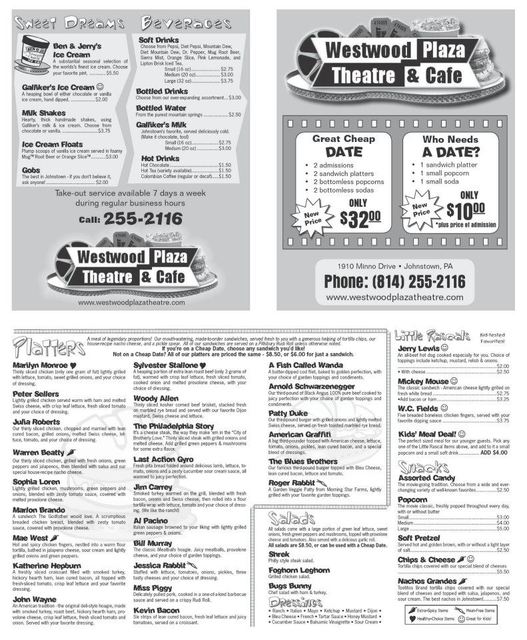 In the summer of 2009, the Westwood Plaza Theatre was purchased by a new owner, who was only 23 years of age.

Previously, the former owner Broumas Theatres had removed every other row of seats, and installed long tables, to enable patrons the facility to eat food from the foyer café, while watching the movie.

This theatre opened as a 70mm suburban theatre designed to present roadshow pictures - which it did with “Oliver.” It was opened by the Broumas Theatre Circuit which retained it until its bankruptcy in 1967. But the Westwood may be best known for the place where “Slap Shot” opened in 1977. Many of the films best hockey scenes were shot in Johnstown. Some fifty years after its launch, the Westwood Plaza Theatre was still going under the Fleegle Cinemas banner.