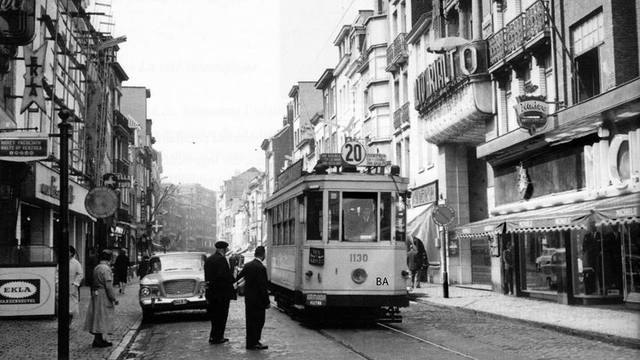 In the central Brussels quarter Les Marolles, the main streets were the Rue Haute and the Rue Blaes and the Place du Jeu de Balle with the famous flea market. La Rue Haute was very commercial and was well known for the tailors shops.

There was first a cinema called Cinema de L'Eldorado(1908-1923), the Rialto Cinema was located at 205-207. First a dance hall called Minerva behind a cafe then Palais Minerva, which began to show films around 1914. The owner was de Bondt under who’s name is it referred in the Annuaire du Commerce. It became Rialto Cinema in 1928, until its closing in 1973. The Art Deco style facade is been classified, and the building is now a retail space for antiques.