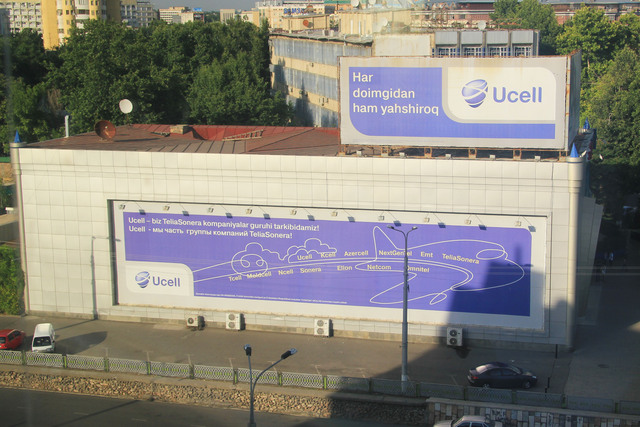 A large modern purpose built 5 screen (4 internal and 1 external) cinema that was constructed in the latter part of the 1970’s. Its style and architecture can only be described as extreme Uzbek.

The building housing the cinema also contains a bar and a restaurant that have separate entrances at the right hand side of the cinema. They bear the names F Bar and F Cafe. In the summer time the F Bar has an outside area on the forecourt facing towards Shota Rustavelli Street. A fifth screen is installed here against the wall of the main building and films are projected for the entertainment of diners.

The fifth outside screen next to the Fashion Bar has now been removed.