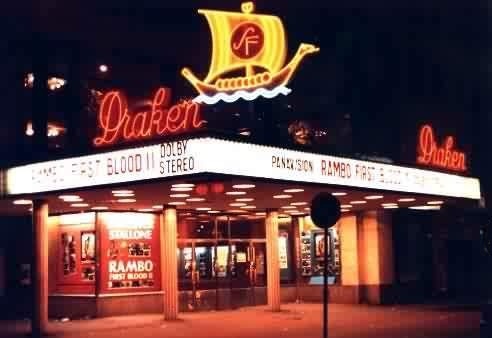 The Draken Cinema opened on 26th April 1956. It was a premiere cinema in Gothenburg and originally had a seating capacity of 742, all on a single level. Inside the modern auditorium the side walls were totally covered with Honduras mahogany. The attractive screen curtain was decorated with a dragon boat.

On 14th December 1960, the Draken Cinema became a Cinerama theatre, using the 3-projector system. The proscenium and screen curtain were widened to acommodate the 20 metres wide Cinerama screen. In 1966 it was equipped to screen 70mm films.