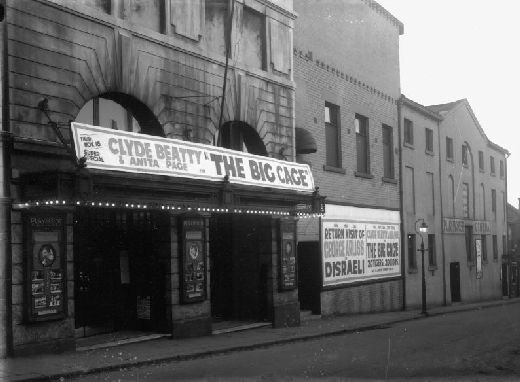 The New Theatre was built and opened in 1788. It was soon taken over by Tate Wilkinson. Around 1837 it was sold and was converted into a Wesleyan school. In 1916 it was opened as the Playhouse Cinema, and was the second cinema in the town. It had 853 seats in stalls and circle.

It closed in 1965 and was demolished shortly afterwards.