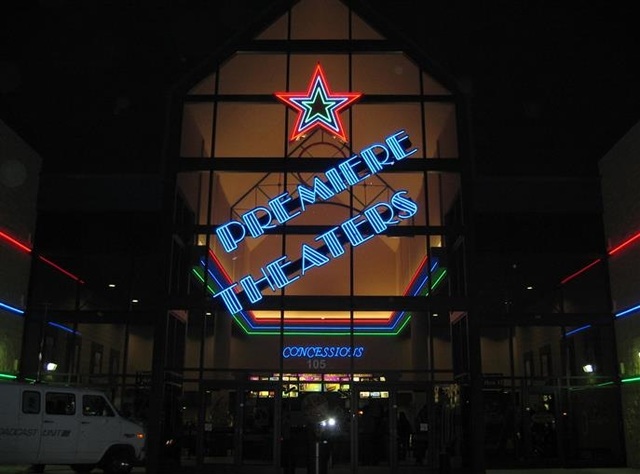 The Premiere Theatres 12 was Goldsboro’s first ever megaplex theatre. It is located on 10th Place behind the Best Western Motor Inn, right off the Highway 70 Bypass. It opened to great fanfare on December 1, 2006. All auditoriums are equipped with luxurious stadium seating throughout, complete with Dolby Digital Sound. The theatre has two concession stands and advance ticketing for upcoming features. It is the only megaplex cinema that serves all of Goldsboro and Wayne County, NC. In 2016 it was taken over by UEC Theatres.

The Premiere Theatres 12 opened on December 1, 2006 as Wayne County’s first-ever megaplex theater that basically took over the movie houses in Goldsboro as the Litchfeld-United Artists 6, Carmike Berkeley Mall 4, and the Carmike Eastgate Twin were converted into discount houses. It is owned and operated under UEC Theatres that also owned and operated theatres in Kinston(Premiere Theatres 7),and Rocky Mount(Premiere Theatres 14). They have been astoundingly successful in ridding ancient Carmike Cinemas in Eastern North Carolina and giving this small towns like Goldsboro a first-class experience in movie-going entertainment.

Now operating as UEC Theatres 12; UEC website still shows the original name in a photo of the Goldsboro location but uses the new name in the theater’s showtimes and info page.