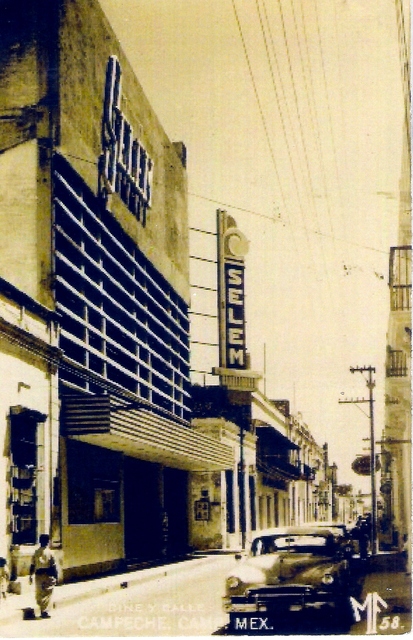 The Cine Selem was first modern cinema in the cinema of Campeche, it opened in February 1951. The roof was built with reinforced concrete, without columns. The auditorium was in two levels, orchestra and balcony and the interior of the building was in an Art Deco style.

It was the first cinema in the city to be equipped with air conditioning. The seats were cushioned and it was equipped with a Western Electric sound system. There was acoustic material on the walls.

The recent Steven Soderbergh film “Che-Part 1” and “Che-Part 2” had sequences filmed in Campeche in November 2007, and the former Cine Selem can be seen in the film.

Translated (with additions) from the text below…..