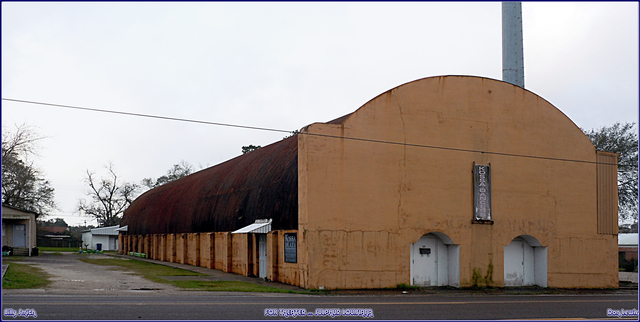 The Fox Theater was built post World War II, in a sheet metal Quonset hut. It operated as a movie theater until about 1964-1965. I remember staying there all afternoon on Saturdays, as a younger child watching the westerns, cartoons, and cheesy horror movies, and as a pre-teen watching the rock and roll movies, mostly from the "British Invasion". The Fox Theater closed for many years but fortunately it was neither vandalized nor demolished.

In the 1990’s it was renovated by the Kossa Dancers (Boy Scouts of America, Kossa and Red Cactus Flower Dancers of Venture Crew 474) a non-profit student group which performs Native American dance in Native American costume. The seats were removed to create a large central dance area, all built to resemble an authentic kiva. Viewers sit around the large performance stage. The building also houses a Trading Post and Native American Artwork.