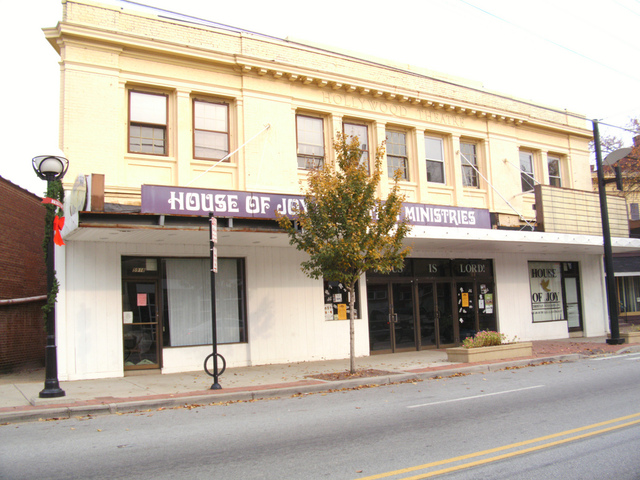 The Hollywood Theatre in the College Hill area of Cincinnati was opened around 1925. It was remodelled around 1948 by architectural firm F & Y Building Service. It was converted into a church in the late-1990’s.

I got my first job working here as an usher in the 60’s.

The Hollywood was a beautiful single screen that was split into a twin in the ‘80’s. It was on a bus route so I could go there easily by myself as a teenager, which I did often.

An interesting story: In the last years of its operation, to thwart rowdy types who had been frequenting and disrupting the theatre, they temporarily switched to an “art/classics” format. I was told they used dual projectors in both houses, and as such were able to get access to prints usually not leased out to platter houses. The experiment did not last long and they went back to second-run fare after a month and a half. I wonder if indeed the “gangbanger” types wandered in during that period, and/or stuck around for something like Truffaut’s THE STORY OF ADELE H., which I saw there during that brief time.

This site has a theater photo:
http://www.collegehilloh.net/CHChurches.htm

Here is a more recent view from Google maps:
http://tinyurl.com/c795nf

The September 20, 1924, issue of The Moving Picture World said that “[a] new theatre, to be known as the Hollywood, is being erected at College Hill, a suburb of Cincinnati, by the Hollywood Theatre Co., of which Thos. Corcoran, a Cincinnati manufacturer, is at the head.”