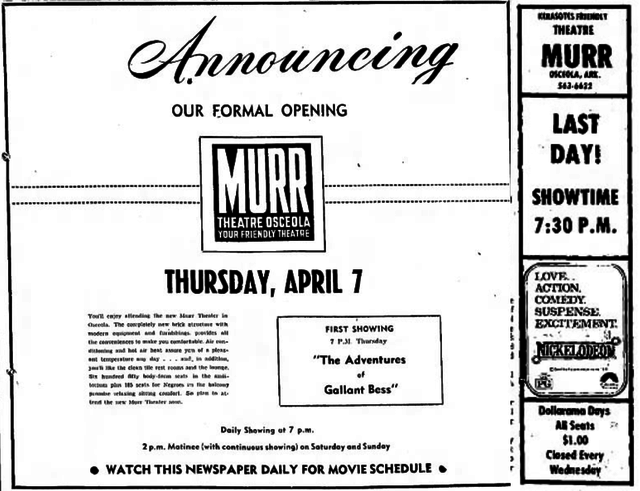 The 500 seat Murr Theater was opened April 7, 1949 with “The Adventures of Gallant Bess” starring Cameron Mitchell.

The Murr Theater was taken over by Kerasotes Theatres on January 1, 1976. It was closed March 1, 1977 with Ryan O'Neal in “Nickelodeon”.

The September 23, 1939, issue of Boxoffice gives the opening date of the Joy Theatre as September 10 that year, and at the time the Murr opened the Joy Theatre was still operating. The Joy was in operation at least as late as 1953.

This address cannot be right. 103 N Walnut is a very old one story commercial building. 103 S Walnut is a tiny little bar.