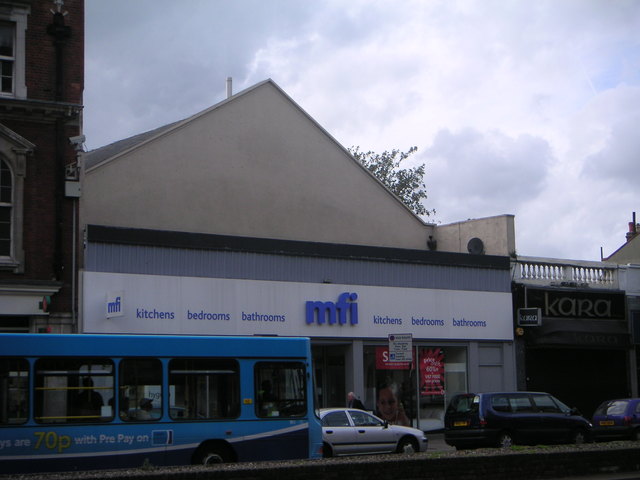 Located in the southwest London district of Streatham. The Streatham Picture Theatre was opened in September 1912 with 900 seats. The opening film was “Caesar Borgia”. The building had an impressive facade, with the entrance flanked by two bays, which were topped by large domes.

In October 1929, the cinema was enlarged to the plans of cinema architect John Stanley Beard and it was re-named Golden Domes Picture Theatre. It was taken over by Associated British Cinemas(ABC) in August 1935. However, this was not to last very long, as ABC built and opened their new Regal Super Cinema just along the other side of the High Road. The Golden Domes Picture Theatre was closed on 12th November 1938, just two days before the Regal Super Cinema opened.

The Golden Domes Picture Theatre remained derelict for many years, eventually having its facade removed. It was converted into a supermarket in 1955, then became a furniture store in 1998. By 2004, it was a branch of MFI DIY hardware stores. By 2012 it was a Carpet Right carpet & bedding store.