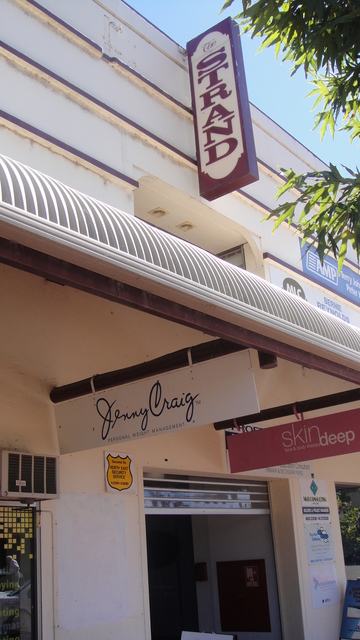 Located in the north-eastern Victoria town of Wangaratta. The Orana Theatre opened on 6th September 1949. It was operated by North Eastern Theatres Property Ltd. The chief projectionist was the late Reg Stewart and it was equipped with Cunningham & Wilson, heavy duty Model G projectors, which had Westrex R4 sound heads, Westrex 14 arc lamps and a Westrex sound system.

It was re-named Village Theatre from January 1974 and was closed in October 1980. It was then converted into a skating rink, followed by an indoor cricket pavilion from 1984.

In 2010, it is known as Strand Arcade and has been converted into offices.