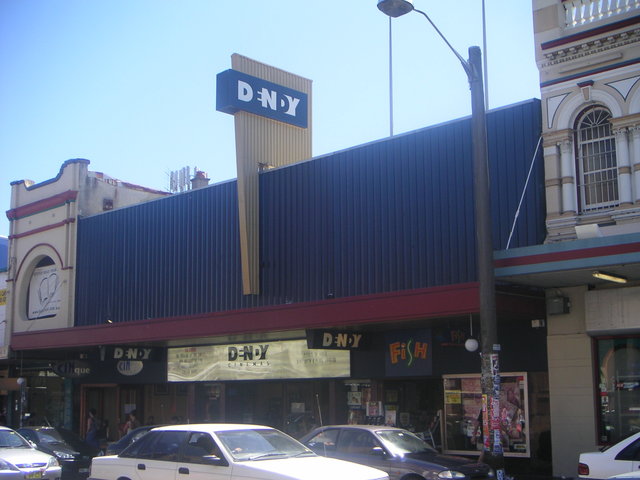 Located in the trendy Newtown district, just out of Sydney city centre. The Dendy Newtown Cinemas are located in a conversion of a Coles New World supermarket. It originally opened as a twin screen cinema in the mid-1990’s.

It was re-furbished in 2002, and a 3rd screen was added. In 2003, a 4th screen was added, opening on 4th April 2003. The Dendy Cinemas, was originally operated by the Dendy Cinemas chain of independent art house cinemas, who were taken over by the Palace Cinemas chain in the late-2000’s. In 2012, the Dendy Newtown was expanded to 10 screens and is operated by Dendy Films.